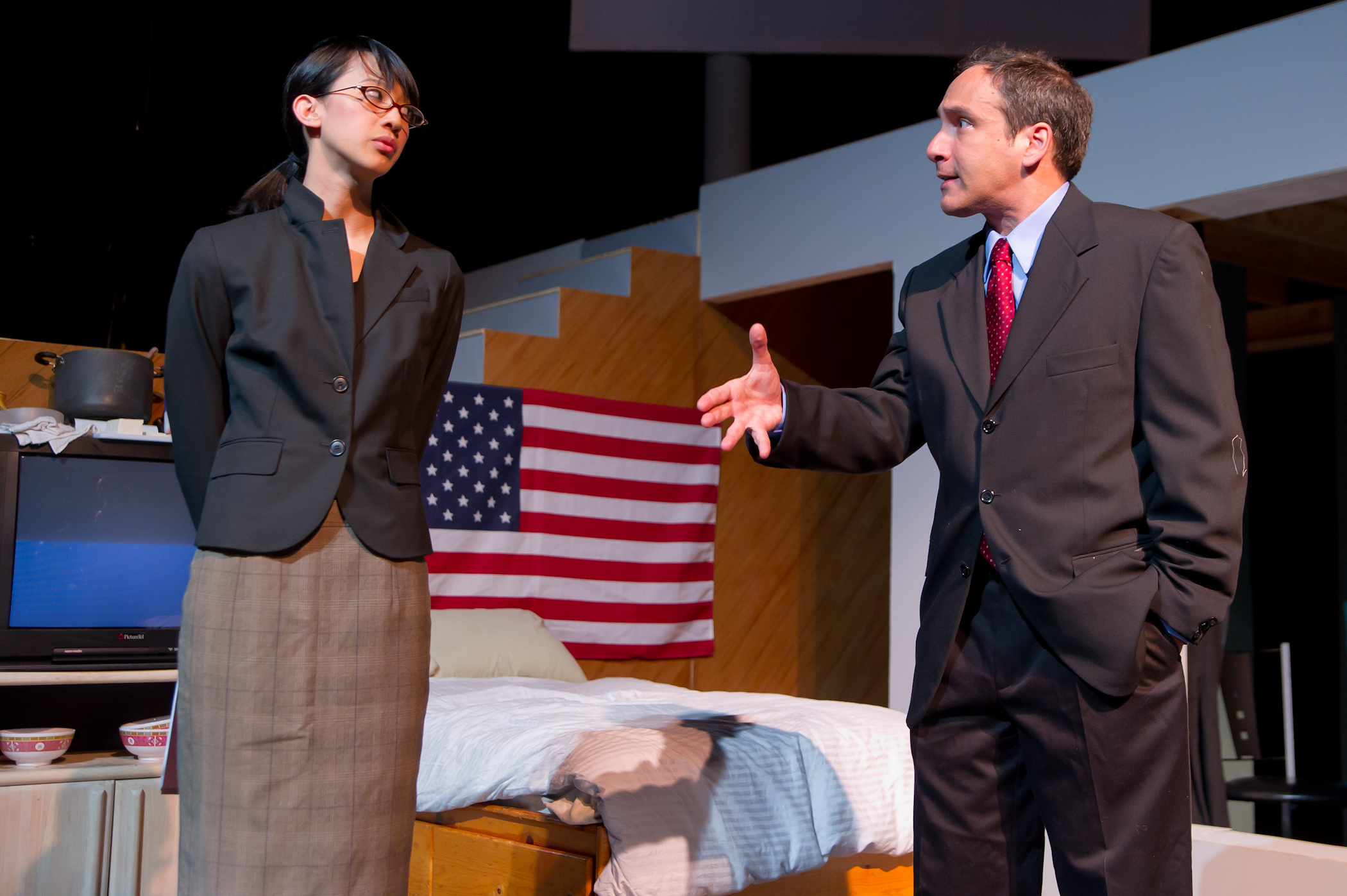 A full-length play.  By 2050, China has ascended economically and now colonizes the United States.  Set in San Francisco, the play explores the struggles of four Americans trying to hold onto what they were born thinking was theirs by right – a fulfilling job, a university education, and economic abundance.  But there are now few choices for those who cannot speak Chinese, learn Asian mores or obey the laws administered by a culture so different from our own.  One family must abandon their plans of a college education and turns to black market trade and prostitution.  The last American president forms a secret revolutionary group. A Chinese American young woman finds even she isn’t accepted by the people whose language she can speak and understand.  All along, the play asks who we become if as Americans we lose our historic entitlement, and access to riches and power.  The play suggests people possess a fundamental goodness that transcends their national identity. 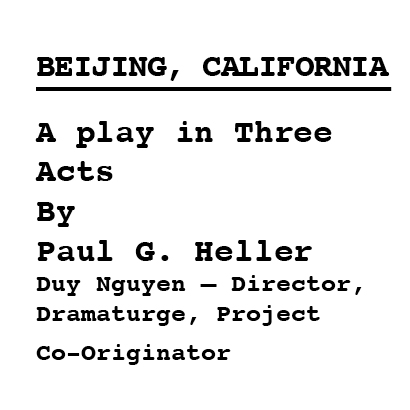 Below is an excerpt from the production.

Below is a poster for the production.